Judicial Integrity and Independence Programme (JIIP)
Under JIIP, A2Justice works to defend and uphold the institutional integrity of the Nigerian justice system, expand capacity of the justice system to guarantee fair.

A2Justice work has helped to reform important rules governing citizen’s rights to petition redress for civil rights violations from law courts as well as laws to ensure greater transparency and accountability in the investigation of summary or extrajudicial killings by law enforcement officials.

Access to Justice has maintained a keen, abiding interest in reforming procedures of judicial appointment and discipline in Nigeria given the very important role these processes play in building the Judiciary’s strength and character.

In recent years, substantial reforms have been made to the systems for the appointment and discipline of judicial officers of the superior courts. However, these reforms are yet to be replicated by the judicial service commissions/committees as the inferior courts of record do not possess the structured framework and systems for accountability which exist for the appointment and discipline of the judicial officers of superior courts.    Read More

“The quality of justice depends more on the quality of the men who administer the law than on the content of the law they administer. Unless those appointed to the bench are competent and upright and free to judge without fear or favor, a judicial system, however sound its structure may be on paper, is bound to perform poorly in practice” Schwartz

On the 3rd of November 2014, the NJC made new rules governing the process for appointing judges of superior courts of Nigeria titled: The Extant Revised NJC Guidelines & Procedural Rules for The Appointment of Judicial Officers of All Superior Courts of Record in Nigeria (hereafter “The Guidelines”). The Guidelines are made up of six Rules.    Read More


Group to EFCC: Don’t be a Political Tool

A human rights group, the Access to Justice (A2Justice), has urged the Economic and Financial Crimes Commission (EFCC) to resist being used as a political tool. It said deploying the agency as a tool against political opponents would further erode its integrity..    Read More


How to Overhaul SARS, by Groups

Two groups, the Access to Justice (A2Justice) and the Network on Police Reform in Nigeria (NOPRIN), have faulted the measures taken by the Inspector-General of Police Ibrahim Idris to overhaul the Special Anti-Robbery Squad (SARS). They said the reform measures appeared to be a kneejerk reaction, which they described as “cosmetic”.    Read More


Otteh: Blame Judiciary, not FG for Disobedience to Court Order

Mr. Joseph Otteh is the Executive Director, Access to Justice. In this interview with JOHN CHIKEZIE, he speaks on the flagrant disobedience to court orders by the President Muhammadu Buhari-led Federal Government, Imo NBA protest against police brutality, 2019 elections, vote-buying and sundry issues.    Read More


The CJN’s Lament On Political Interference With Judicial Appointments Is Fair But The Judiciary Must Take A Greater Share Of The Blame For It.


Government Must Stop this Treacherous, Vile and Shameful Travesty

Background
Last Friday (February 2, 2018) the Economic and Financial Crimes Commission (EFCC) reported that it had filed criminal charges against the Chairman of the Code of Conduct Tribunal (CCT), Danladi Umar.    Read More


Suspension of Abia CJ Unconstitutional, Assault on Independence of Judiciary

Access to Justice has called for public input in judicial appointments, saying such is of high public interest and have significant consequences for the general public.The group said where the judiciary starts off on the wrong foot, it is the public who will bear and suffer the consequences of its errors of judgment,    Read More

“We Beg to Disagree”
“We have just read about the decision of the Lagos Division of the Court of Appeal (read by Hon. Justice Obaseki Adejumo) The summary of the ruling from media reports is that anti-corruption agencies cannot arrest or prosecute any Judge(s) for any offences committed in the discharge of their functions until the National Judicial Council has first “stripped” the Judges of their “judicial standing”.    Read More

A declaration was on Thursday made by a radical human rights organisation, Access to Justice, that what the Federal Government of Nigeria (FGN) is currently doing, is to usurp the powers and functions of the judiciary in the country.    Read More


To Mitigate Trial Delays, The Judiciary Must Urgently Address Its Own Role In Causing Them

From Monday, November 20 to Friday, November 24 2017, Nigerian Judges had their bi-annual Judges Conference in the Federal Capital Territory, Abuja. These Conferences have become institutionalized, and bring together a cross-section of superior court Judges and Justices of Appellate courts in a week-long programme of activities.    Read More 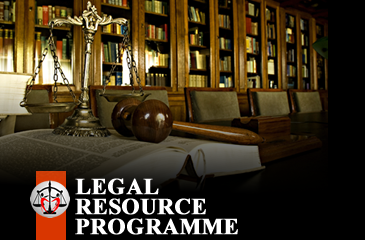 Our Legal Resource Programme (LRP) seeks to empower lawyers and Judges with international human rights resources that they can use to protect and expand civil rights through the courts. 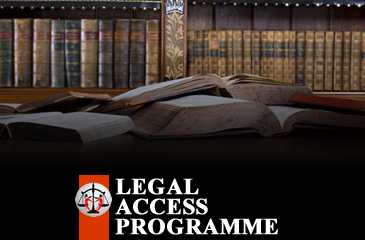 Through its Legal Access Programme, Access to Justice pursues remedies for victims of human rights violations, alongside working to create and instate procedures, (or reform existing ones) to strengthen the protection of human rights. 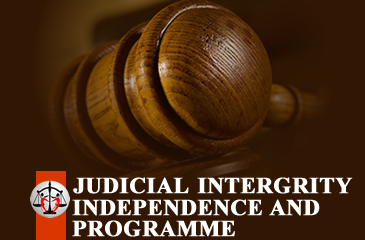 To work towards rebuilding the institutional credibility of the Nigerian legal and justice system, restoring public faith in its institutions, and ensuring that everyone, without discrimination on the basis of social standing, sex, religion, handicap, economic or other status has equal access to the justice system.

Founded in 1999, Access to Justice (“A2Justice”) is a justice advocacy group working to defend rights of equal and non-discriminatory access to courts of law, expand access of vulnerable people to equal and impartial justice,